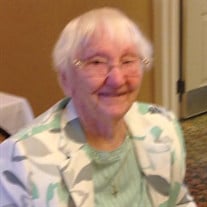 Anna was born May 8th, 1923 in Czechoslovakia. Her family immigrated to Canada when she was 3, where her parents eventually became dairy farmers. She met Nicholas, when his family, who had also immigrated from Czechoslovakia to Detroit, went to visit their old friends, The “ Suja’s”, living near Niagara Falls. From early Spring through the beginning of Autumn, he made the 5 hour trip to be with her every weekend. As Winter would soon approach, his mother said to him, “You are not going to be making that drive through the winter! Either, stop seeing her or marry her and bring her home, and I will take care of her”. She had been taken out of school before entering high school, to work on the farm. The chores she hated most were feeding the chickens and pigs, because they would nip at her constantly. She never minded leaving the farm. On September 2nd 1938, 15 year old Anna married 25 year old Nicholas, and moved to Detroit. True to her word, his mother took great care of, taking her on shopping trips, buying her pretty clothes, etc. She finished her education after her marriage. 4 years later their first child was born. Together they had 2 sons and 2 daughters, spacing them with a minimum 5 years apart. She always said she had 4 only children. She became a hair stylist and continued on to become an Instructor of Cosmetology for over 10 years at the Virginia Farrell College of Beauty. Together they traveled extensively, spending an entire summer travelling through the United States, and another travelling throughout Europe. They returned home to Slovakia several times to visit family. Her husband, Nicholas passed away after 57 years of marriage in 1995. She is survived by sons George Nota (Thanida) and Gary Nota (Rene) and two daughters Carol Einkorn (Carl) and Valerie Biondo (Jay). Grandchildren; Anne Dasich (Michael), Cathy Kelly, Karen DeFalco, Jeremy Gardner (Lisa) Eli Gardner, Savannah Nota , Sierra Nota and Michael Einkorn (Elizabeth). Great Grandchildren Nicole Dasich, David Dasich, Nicholas Gardner, Emily Gardner, Elizabeth Kelly, Aleks Kelly and Shauna Johnson. She taught us all to love life, cherish family and believe in the Lord.

Anna was born May 8th, 1923 in Czechoslovakia. Her family immigrated to Canada when she was 3, where her parents eventually became dairy farmers. She met Nicholas, when his family, who had also immigrated from Czechoslovakia to Detroit, went... View Obituary & Service Information

The family of Anna Nota created this Life Tributes page to make it easy to share your memories.

Anna was born May 8th, 1923 in Czechoslovakia. Her family immigrated...

Send flowers to the Nota family.