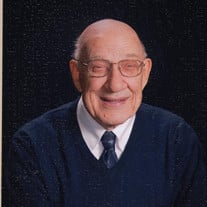 Beloved husband of Suzanne. Loving father of Nancy (Jay) Parker, Pam (Greg) Lehman, and Carol (Derek) Triffle. Cherished grandfather of Jarod, Collin, Jacob, Tyler, Cole and Casey. Dearest brother of the late Tom (Dory) Poholsky, Mary Ellen (the late Richard) Dembeck, Cathy (Robert) McCarthy, Irene (Gordon) Nosakowski, and Paul Poholsky (Darcel Stephan). Also survived by many cousins, nieces and nephews who adored him. Preceded in death by his parents George and Mary, his brother Tom and nephew Tom Jr. Mr. John Poholsky. Big John to some. Johnny to others. The Big D. If you knew him, you know he was always smiling, always laughing, always complaining, always telling a story. He grew up in Detroit when there were horse and wagons still delivering the ice and milk, spent years playing baseball in the minors, served in the Korean War, remembers tanks going down his street during the riots, had a career teaching English and counseling in Hamtramck, and was looked up to as the patriarch of his large Slovak family for so many years. He could talk sports all day, and was happiest in his golden years driving around the U.S. with his wife Sue or driving down the fairway. He was known as the Coupon King and always on the lookout for a good local fish fry. His faith was important to him, and he was an active member of St. Basil Byzantine Catholic Church in Sterling Heights. John made lifelong friends wherever he went, from grade school to Kanter Street, from his years playing baseball to Hamtramck High, and from church to Church Hill Drive. These last years, he was happiest around his six grandkids and claiming to be the Cornhole Champ. He instilled in everyone a love for family and baseball. His family is so thankful for these last days with him where he saw everyone he knew and loved. He was surrounded with so much love and laughter in such a beautiful way. We all will miss you dearly, head to your 'Field of Dreams' in the sky. And like he would say if he didn’t know what to say, ”Bingo Bango!” In lieu of flowers donations may be made in his memory to St. Basil Byzantine Catholic Church (4700 Metro Parkway, Sterling Heights, MI 48310) or Solanus Casey Center (1780 Mt. Elliot St. Detroit, MI 48207).

The family of John Poholsky created this Life Tributes page to make it easy to share your memories.

Send flowers to the Poholsky family.