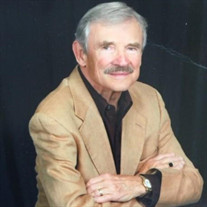 Sterling Heights – Burcz, Melvin E., 90, passed away peacefully at home on July 4, 2020, surrounded by family. He was born in Detroit on November 30, 1929. Predeceased by son Douglas, his first wife, Jane (Neaton), mother to his sons Gregory and Douglas, and his second wife, Sharon (Graves). Survived by his loving wife of 19 years, Phyllis Louise (Burcz), and her son Dan (Sandy) Lawton. Melvin was the devoted father of Gregory (Anne) and Douglas (Diane); proud grandfather of Greg Jr, Mallory, Theresa, Eve, Patrick, and Lindsay; dear brother of Shirley (Norbert) Augustyn; and beloved uncle of 19 nieces and nephews. Born and raised in Detroit, where he developed his love of the outdoors and insatiably curiosity about many aspects of life. After earning his Civil Engineering degree, he served in the Army as a gunnery radar specialist in Europe and returned home in 1954. Mel loved helping his father, Ed, in the machine shop, which sparked his interest in earning a Mechanical Engineering degree from the University of Detroit. Later, Mel received a master’s degree in Industrial Management from Central Michigan University. Family and friends will remember Mel as the man they could turn to for help or guidance on a broad range of problems and circumstances; large and small; happy or sad. Mel was most happy solving problems, especially those that helped his family, friends, and associates. He retired as a Program Executive Officer, Combat Support, after 31 years with the Department of Defense. He was inducted into the Ordnance Hall of Fame in 1996 for his work to modernize the Army’s tactical vehicle fleet. From the Tank Automotive Command, Warren, MI, his work touched nearly every branch of military service including the Army, Marine Corps, Air Force, Navy, domestic government, and several foreign allies. Under his management of tactical wheeled vehicles, the Heavy Expanded Mobility Tactical Truck (HEMTT) family of vehicles was developed. He was instrumental in guiding the Palletized Load System (PLS) and the High Mobility Multipurpose Wheeled Vehicle (Humvee) and several other wheeled vehicle programs. He was responsible for the implementation of several vehicle safety initiatives, including anti-lock braking systems in the M915 line-haul tractor fleet. Mel was a true outdoorsman and spent much of his vacation time at his cottage in Northern Michigan doing all the activities he loved most, boating, fishing, hunting, and shooting. These activities were always shared with his circle of family and friends, and great times were had by all. He never missed a chance to share these passions with others, including teaching his grandchildren to fish, clean, and eat what they caught. Large gatherings and celebrations during the holidays were the norm and were often followed by long evenings of euchre and the occasional single-malt scotch. There were many family boating trips on Lake St. Clair and Lake Charlevoix where Mel was at the helm. During the winter months, he and his family and good friends would spend time in Venice, FL. A relaxing day for Mel was walking the beaches and collecting shark teeth, which he would give to his grandkids and friends, along with the history of the shark. Throughout his life, he always had a natural curiosity about how things worked, history and art. His family will remember the yearly vacations throughout the US to see new places, learn new things and create great memories. Mel was most proud of his two sons, Greg and Doug, and enjoyed working on cars with them when they were younger and watching them grow into loving husbands and fathers. Mel valued honesty and integrity and looked to the person, not the accouterments collected to determine a person’s character. Mel has touched so many lives with all these experiences, and his memory, strength and love will live on in all our hearts. Prayers and military honors will be held at White Chapel Cemetery, 621 West Long Lake, in Troy, on Thursday, July 9, 2020, at 10 am, with Interment to follow immediately. A gathering of family and friends to be announced, based on safety guidelines. In lieu of flowers, donations may be made to the Alzheimer’s Association of Michigan https://alz.org/gmc 225 N. Michigan Ave. Floor 17 Chicago, IL 60601 or Crooked Tree Arts Center https://www.crookedtree.org/ Crooked Tree Arts Center - Petoskey 461 E. Mitchell Street Petoskey, MI 49770 (231) 347-4337 [email protected]

Sterling Heights &#8211; Burcz, Melvin E., 90, passed away peacefully at home on July 4, 2020, surrounded by family. He was born in Detroit on November 30, 1929. Predeceased by son Douglas, his first wife, Jane (Neaton), mother to his sons... View Obituary & Service Information

The family of Melvin Edward Burcz created this Life Tributes page to make it easy to share your memories.

Send flowers to the Burcz family.