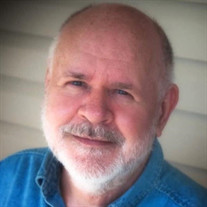 Richard Edward Yanasak, resident of Warren, passed away on January 19th, 2020 at the age of 76. Son of Anton and Veronica (Gawal) Yanasak, Richard was born in Detroit, Michigan, on July 18th, 1943. He attended Corpus Christi School from 1st through 8th grade, where his responsible and good nature resulted in being given important tasks. With great pride and delight, Richard, an altar server at his parish for many years, was given the task of ringing the morning bells for mass. He graduated from De La Salle High School, where he enjoyed being a member of the debate team, and went on to attend Wayne State University for 5 years. While there, Richard was a member of the university’s rowing team, where he was the coxswain of an 8 member team. His job was to coordinate the rhythm and power of the rowers. He served in the Peace Corps for a year, in Africa, and upon his return to the US, was hired as a chemist for Udylite, a company that chrome plated automobile parts. A lover of the fine arts, Richard enjoyed playing his bass guitar and listening to a wide variety of music, especially his beloved polkas. He appreciated art in all forms, and visited the DIA on a regular basis. Frequent walks and hikes were part of Richard’s daily routine, and he loved being outdoors enjoying nature, never hesitating to take nieces and nephews with him. Road trips were often made to revel in the seasons at Bloomer State Park and Stony Creek Metropark. Richard loved to travel and often took his nephews with him, especially on his trips to visit his brother Bob in California. There weren't fancy accommodations...just the chance to experience the joy of being outdoors and and seeing sights perhaps not available to them. And of course, there was always family to be seen and enjoyed during the trips. As the nieces grew up and had households of their own, Richard often found beautiful pieces of crystal and decorative items to grace their homes, sharing his love of fine art with them. Though never married, Richard found fulfillment in his siblings’ families. He faithfully attended his many nieces’ and nephews’ special occasions, as well as their children’s celebrations, and was an important and desired participant through the years. If a niece/nephew had a baptism, First Holy Communion, graduation or wedding, the family knew Richard would be at there if at all possible, and this dedication to his extended family continued through the next generation. Predeceased by his parents and sister, Geraldine Benczik, Richard is survived by two sisters, Joan Superczynski and Dorothy Mazurkiewicz, and two brothers, Robert Yanasak and Gary Yanasak. Beloved by his family, Richard is also survived by 7 nephews and 6 nieces, their spouses, and numerous great nephews and nieces. God bless our dear Richard – we will miss his kind and loving heart, and generosity.

Richard Edward Yanasak, resident of Warren, passed away on January 19th, 2020 at the age of 76. Son of Anton and Veronica (Gawal) Yanasak, Richard was born in Detroit, Michigan, on July 18th, 1943. He attended Corpus Christi School from... View Obituary & Service Information

The family of Richard E. Yanasak created this Life Tributes page to make it easy to share your memories.

Richard Edward Yanasak, resident of Warren, passed away on January...

Send flowers to the Yanasak family.