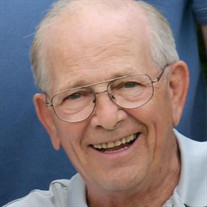 William (Bill) Mason, 85, Sterling Heights (formerly of Clarkston and Farmington). Bill was reunited with his family in heaven on the sunny morning of February 25, after a short battle with cancer. Even as the disease progressed, Bill’s charm and humor never left him. Born in Detroit in 1935 to Peter and Mary Mason (Pietro and Maria Mozzon), Bill was the youngest of 9 children. He met the love of his life, Dolores, while in junior high school. Their 64-year marriage was testament to their commitment to each other and their immense value of family. Bill was the perfect father to children, Jeffrey (Jackie), David (Nancy), Robert (the late Maria) and Gianna (Frankie). He loved teasing, tickling and stirring up trouble with his grandchildren Michael, Emily (Mario), Peter (Emily), William, Natalie (Matt), Izzy (Cal), Ava and Siena. Sadly, great granddaughter, Virginia will not know what it is like to have her toes cracked by her papa. Bill is survived by his wife, Dolores; sister, Elda; brother-in-law, Larry, and many nieces and nephews. On the dance floor, Bill and Dolores were unrivaled, swing dancing to big band favorites and Frank Sinatra. Bill loved to socialize. He rarely missed a family party and made friends wherever he went. Bill enjoyed the camaraderie of his golf and bowling league buddies and annual outings with the Cordenons Club. On a clear night, Bill would be quick to identify constellations, satellites and the Milky Way, and was always on the look out for the northern lights. As a child of immigrant parents, Bill met his overseas family during several trips to Italy and formed a close bond with them that his children and grandchildren proudly continue. Bill’s career started early when he hawked newspapers on the street. As a teen he worked in several neighborhood grocery stores and even sold TVs door-to-door. Later he became a tool and die engineer in the automotive industry but returned to sales in his own business, selling stamping presses. This afforded him the opportunity to travel to Japan, Argentina and France. In lieu of flowers, donations can be made to: Good Fellows (www.detroitgoodfellows.org) or National Alliance on Mental Illness (https://namimi.org) or Clarkston Community Church (www.clarkstoncchurch.com/give).

William (Bill) Mason, 85, Sterling Heights (formerly of Clarkston and Farmington). Bill was reunited with his family in heaven on the sunny morning of February 25, after a short battle with cancer. Even as the disease progressed, Bill&#8217;s... View Obituary & Service Information

The family of William Mason created this Life Tributes page to make it easy to share your memories.

Send flowers to the Mason family.